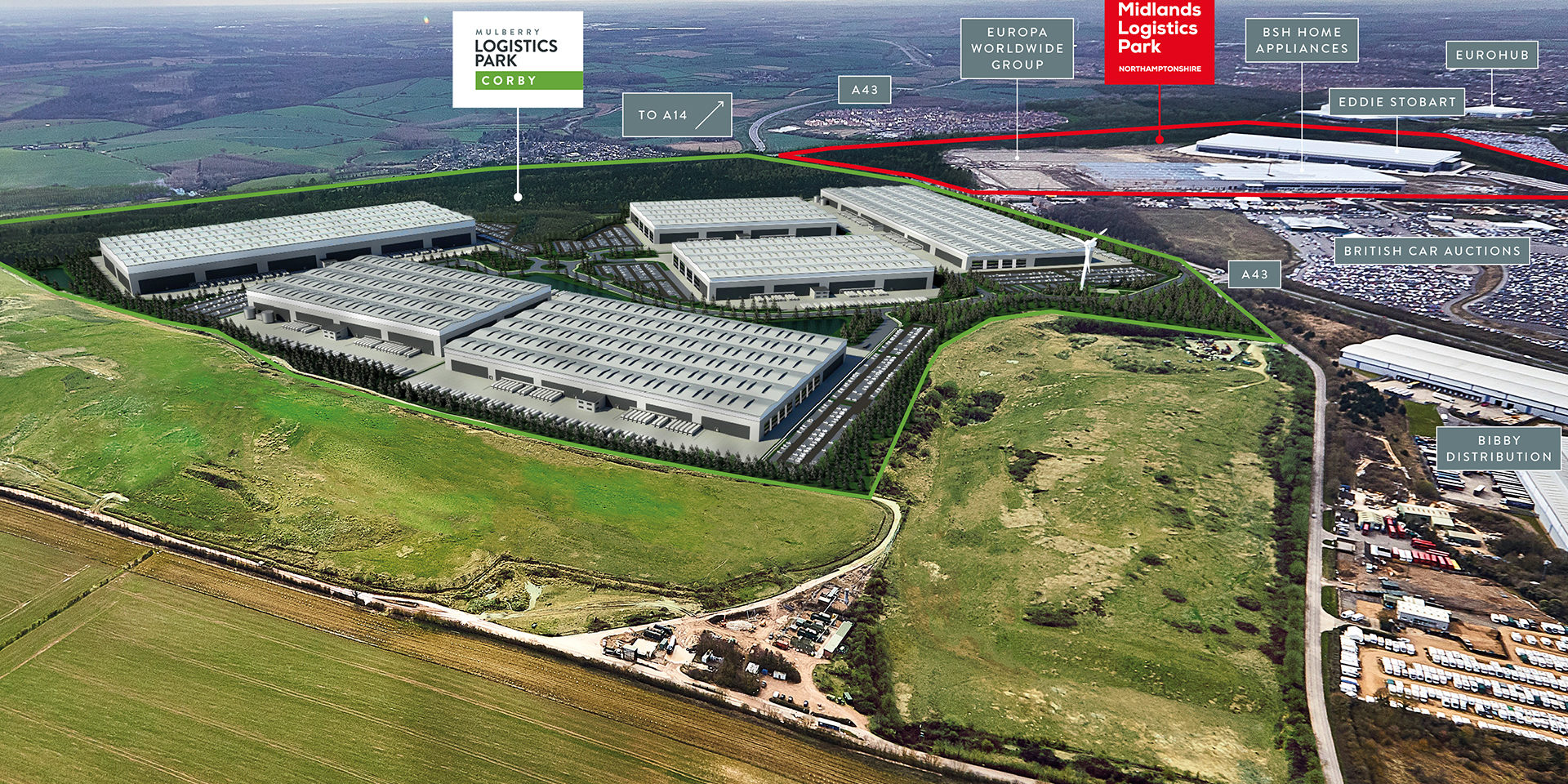 Northamptonshire-based Mulberry Developments has been given the go ahead for a 200-acre logistics park, situated at Cowthick Plantation.

The park will be set over 200 acres, totalling 404,000 sqm of employment space – which will largely be logistics. It is being built on former steelworks quarry land.

The new warehouse park will bring numerous benefits to the local area, including up to 7000 jobs across a mix of skill ranges, which will have a positive ripple effect on the local economy and also feeds into the extensive housing plans for Corby and its surrounding areas.

The Cowthick site was formerly quarried by British Steel and has been largely dormant for years due to its poor agricultural properties, making it unviable for farming.

Phil Jones, Managing Director at Mulberry Developments, said: “We believe this site is a logical expansion to Midlands Logistics Park which will meet the demand for space whilst delivering many more jobs and wider economic prosperity to the area.

“Corby is certainly on the map as a leading logistics location, primarily because of its proximity to the strategic road network, labour force and its growth plans, which we’re extremely proud to be involved with.

“We’re also thrilled to announce that we already have a big multi-national name lined up to take the first units at the new logistics park.”

Work is targeted to start on the project in 2021, with the first units expected to be completed in 2022.

Our Heathfield Power Park 38 development is progressing well with construction well under way. Here is a selection of images from the last few months.
September 24, 2020

We are absolutely delighted to announce that construction is underway on the last unit at Midlands Logistics Park.
September 17, 2020

Following our recent announcement that the second of three units at Power Park 38 has been sold, works are well underway, delivering this important facility for GM Coachwork.
September 10, 2020

The final unit is now available for sale at Heathfield Power Park 38
August 20, 2020

We are pleased to announce that we have secured GM Coachwork as the purchaser for Unit 2 at Power Park 38, Heathfield.
July 30, 2020